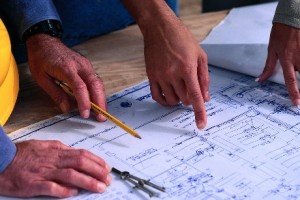 The professional team at Oxbridge is well-versed in all aspects of real estate development and construction. They have managed over 1 million square feet of office space and 1,000 residential units in the Washington Metropolitan Area. They have acquired, zoned, and developed 10,000 residential home sites, 500,000 square feet of office and flex space, 500 units in high-rise apartment complexes, and have successfully converted 350 rental apartments into condominiums.

Oxbridge professionals have been involved in placing over $500 million of acquisition, development, construction, and permanent loans in a wide variety of property types.

The Oxbridge Group’s portfolio includes residential and commercial properties throughout the Washington-Baltimore Metropolitan Area. Oxbridge properties can be found in the District of Columbia, in Montgomery, Charles, Prince George’s, Frederick, Washington and Baltimore Counties in Maryland and in Prince William, Loudoun, Frederick and Fairfax Counties in Virginia, as well as in the City of Alexandria and the Town of Culpeper.

Elliot Totah is the President of the Oxbridge Group.

Since 2002, Elliot has been actively involved in all aspects of the company’s operations, including site acquisition, financing, entitlement, development, and community relations. Since 2004, Elliot has been fully responsible for all Oxbridge activity including the entitlement of over 3,500 residential lots, the development of over 1,500 residential lots, the leasing and sale of Flex buildings totaling in excess of 125,000 square feet, and the construction of various buildings and amenities appurtenant to Oxbridge’s residential communities.

Elliot has a background in both Information Systems and Finance, with a degree from the Wharton School at the University of Pennsylvania.

Sami Totah, of blessed memory, founded The Oxbridge Group in 1998.

Prior to founding Oxbridge, Mr. Totah co-founded the Quad Group of America in 1971, a land development company.  As president of Quad, he was responsible for all aspects of land development, including rezoning, administrative approvals, engineering development and sales of land to builders. The Quad Group developed over 10,000 lots in the Washington metropolitan area.

Mr. Totah was also a Managing Partner and Co-founder of Charleston Homes, a home-building company that built approximately 100 houses per year in Prince George’s and Montgomery Counties, Maryland. He was involved in financing, home construction, and the acquisition and sale of property.